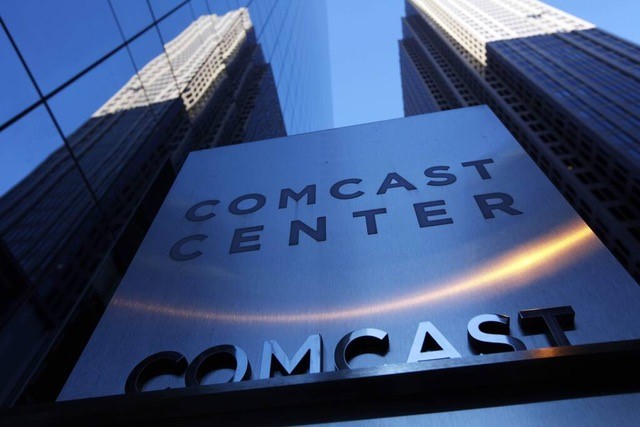 Happy isn’t the word Marin residents would use to describe their internet service.

Of the 671 people completing the survey that closes Friday, only 11% indicated they were satisfied with how fast and reliable their internet service is.

When asked if they would pay if it were more reliable or faster, a quarter of those surveyed declared “no.” But another 30% of respondents said they would like better service “but can’t afford it.”

“Clearly, a majority of county residents feel they don’t have adequate Internet,” said county Chief Information Officer Liza Massey, who’s overseeing the Digital Marin project. “I was very surprised. I didn’t think it would be that small a number who (feel) they have fast and reliable service.”

Many have smart devices they like. When asked how they would rate their mobile device, 78% ranked their appendage as “good” or “excellent.”

Over half of those surveyed (54%) said they “don’t care” whether the Internet is delivered “wired” or “wireless” as long as its “faster, more reliable and affordable.”

Massey said she’s aware of a “strong contingency” of county residents who refuse to embrace Wi-Fi (the unwired version) and added the “very vocal” group tends to show up for county meetings. Health reasons are brought up.

The county aims to take the research and develop an infrastructure plan, or “roadmap,” to support inadequately-connected or low-income neighborhoods like the Canal District. It’s the neighborhood southeast San Rafael on the east side of U.S. Highway 101. The city of San Rafael touts a collaborative project that brought a free Wi-Fi network to the Canal area last summer.

“Our end goal is getting everybody connected to reliable, affordable broadband,” Massey said, adding the need is accentuated by a huge portion of the working and schooled population working or learning remotely. “People have to have high speed Internet access and the ability to use it now. It’s become a utility and necessity.”

Comcast and AT&T are the dominant drivers of service providers in Marin County, depending on the location of the residence or business, Massey said. Comcast holds a 68% market share; while AT&T handles 19% of the potential customer base. A few other smaller providers divvy up the remainder.

According to Massey, projects in the county’s proposed plan could be supported through federal or state funds.

Apparently, some lawmakers in higher levels of government are listening, agree and doing something about it.

That some places want better connectivity has drawn the attention of legislators like California Sen. Bill Dodd, D-Napa.

“For too long, telecommunication projects have been delayed by confusing regulations, entrenched in excessive bureaucracy,” Dodd said. “It’s had a severe impact on bringing high-speed Internet to many communities across California, especially low-income communities.”

Napa County Supervisor Diane Dillon shared a few undisclosed, choice words when asked if she believed Internet service is adequate in her jurisdiction.

“Who does?” Dillon asked rhetorically.

Dillon, who serves on a broadband committee for the county with the IT chief, county librarian and another staffer, said the region is served by a piecemeal group of local providers. The verdict is still out whether one large provider would do better in a region with some rural zones such as neighborhoods around Lake Berryessa and Angwin.

However, since AT&T has given no indication it wants to even maintain the landline infrastructure, even a giant telecom company may prove unreliable to service isolated residents, the county supervisor noted.

“It’s a battle. We need to think about broadband access the way we thought about landlines years ago. It needs to be available to all,” she said.

This is especially true now in the face of a changing landscape coming out of the pandemic, Dillon pointed out. She cited that not only are a growing number of people working and becoming educated remotely. It’s a health issue. Telemedicine is here to stay emerging from the coronavirus outbreak.

Leveling the playing field and aligning the wavelengths

Existing federal law grants a broad stroke of regulatory authority to the Federal Communications Commission, which came under fire in the Trump administration under Chairman Ajit Pai’s regime for repealing President Barack Obama-era net neutrality rules. When the Biden Administration came into the picture, its Acting FCC Chairwoman, Jessica Rosenworcel, voted against the repeal.

Without net neutrality, critics contend service providers establish a sort of pay-to-play plan in which paying more will get you faster service. The social equity argument for advocates of the poor and disenfranchised even turned into an issue for firefighters in the South Bay who were “throttled” while they were on the scene of a fire. “Throttling” by a carrier refers to setting the speed of Internet service delivery by the price the user pays.

Net neutrality is such a hot-button issue. When opponents and supporters of the concept provided the FCC comments on the matter, nearly 18 million fake comments were filed at the time of its repeal, the New York Times reported May 6. An investigation by the New York attorney general’s office is being conducted.

Even the ISPs agree the system must change.

AT&T CEO John Stankey said during a Washington Post virtual conference last December titled “Bridging the Broadband Gap” that the funding for the network is “archaic” and in need of tweaking how excise taxes are set.

“We want universal access for all to the Internet,” Stankey said as part of the newspaper’s online “The Path Forward” educational series.